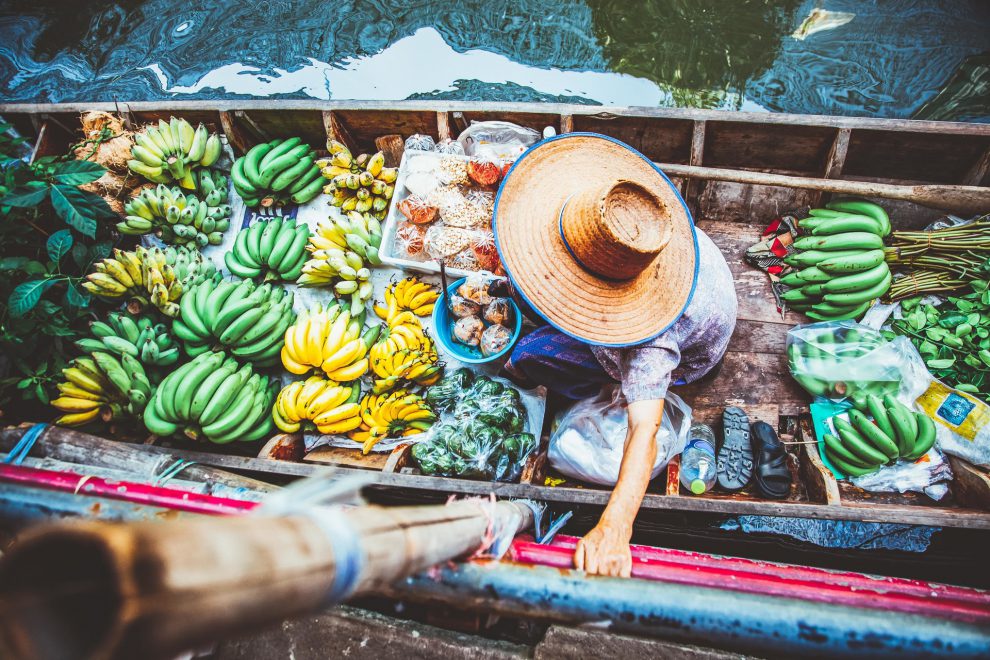 Saturday, 17th June is the 2017 World Day to Combat Desertification!

To mark the occasion we have asked our Executive Director Sönke Kreft to explain the link between drought and insurance, and how it relates to the United Nations Framework Convention to Combat Desertification (UNCCD).

Why is it important to raise global awareness of drought phenomena and desertification?

Sönke: “Drought is one of the world’s major climatic perils; and it is the one that people often fear the most. More than 1.3 billion people are directly dependent on agriculture for their livelihoods and droughts often jeopardize large areas of land, bringing food insecurity to countries and regions. And when rainfall does occur in drought affected areas, the dry soils cannot absorb the water, which in turn increases the likelihood of floods.

It is now the scientific consensus that climate change increases the risks of more frequent and intense droughts. Also, desertification processes can be a direct result of persistent drought and generally increasing temperatures and changing rains. I think it is important that these impacts are put into the spotlight. Some of the underlying drivers – for instance global CO2 emissions – should really be addressed collectively on the global stage. And also some of the solutions should be internationally recognized and receive resources for upscaling.”

What is the role of climate insurance approaches in helping to tackle the effects of drought & desertification?

Sönke: “Better coping with the challenges of drought situations requires a systematic approach that incorporates risk reduction measures like drought resilient agricultural inputs, or early warning and drought monitoring systems, and also appropriate risk sharing and transfer measures. Risk transfer approaches require one to undergo a prudent analysis of the risk exposures, potential response options and the choice of risk transfer when risk mitigation is no option. In my view the climate risk insurance concept offers the chance to bring commercial principles of risk management and risk pooling, and to apply them in a new way to the humanitarian context. There is a real opportunity to bring innovation to early warning and forecasting systems.

African Risk Capacity for instance covers drought risks of African countries and promises reduced lead time and lower costs to initiate humanitarian interventions in the case of major droughts. Also on the micro- and meso level there are interesting products that have proven their value in helping drought affected communities. For instance, for more than 10 years herders have been receiving parametric insurance cover, including drought in MONGOLIA. Another example is the Government of India’s AGRICULTURAL INSURANCE SCHEME – the PMFBY – with more than 35 million beneficiary farmers. And in Senegal, Ethiopia, Malawi and Zambia the so called R4 RURAL RESILIENCE INITIATIVEcombines improved resource management with insurance, microcredit and savings for farmers The innovative bit here is that R4 farmers can pay for their insurance premium with their own labor.

I think that these examples show that risk sharing and transfer – often implemented in Public Private Partnerships – have a role to play in enhancing the ability to cope with droughts and dry spells. At the same time, slow, creeping and foreseeable processes such as desertification, pose a significant challenge to insurance systems. This makes it important to also highlight the limitations of insurance and treat it as what it is: An interesting concept with potential catalytic effects for overall risk management, but not a silver bullet.”

Sönke: “We are trying to promote good practice of climate risk insurance in relevant policy and implementations debates. For a long time we spearheaded climate risk insurance concepts as a concrete contribution to climate policy. We try to maximize the impact of private and public insurance systems, especially for the most vulnerable. For instance, we published ‘7 Principles for Pro Poor Climate Risk Insurance’ that – based on a meta-analysis of 18 insurance schemes – underline good climate risk insurance practice, and we are now in discussions with actors such as the G7 InsuResilience Initiative on how to incorporate these principles into policy and project programming.

We are also carrying out direct implementation. For example, we introduced an index-based insurance product called Livelihood Protection Policy (LPP) into the Caribbean market that protects low-income people from losses of heavy rain and strong winds. While our product currently does not offer a cover against drought, these type of products could be easily extended to cover drought risks as well.”

What role can the United Nations Framework Convention to Combat Desertification (UNCCD) play?

Sönke: “The UNCCD is an intergovernmental process with a lot of weight behind it. I think it is important that, through the different mechanisms of the UNCCD, countries learn about the potential – but also the limitations – of climate risk insurance to help them better deal with their drought risks. The UNCCD should promote good practice and, for example, forge good quality drought contingency plans in affected countries. And lastly, the UNCCD as a framework convention, can effectively facilitate technical capacity development as well as financial resources for countries to establish drought insurance schemes at the national level and to successfully participate in regional and international schemes.

Bringing attention to the issue through, for example, the 2017 World Day to Combat Desertification is a good start. However, to make a substantial impact, there would need to be a real mandate and commitment by countries in the UNCCD process to explore climate risk insurance and its potential for better managing natural perils.”