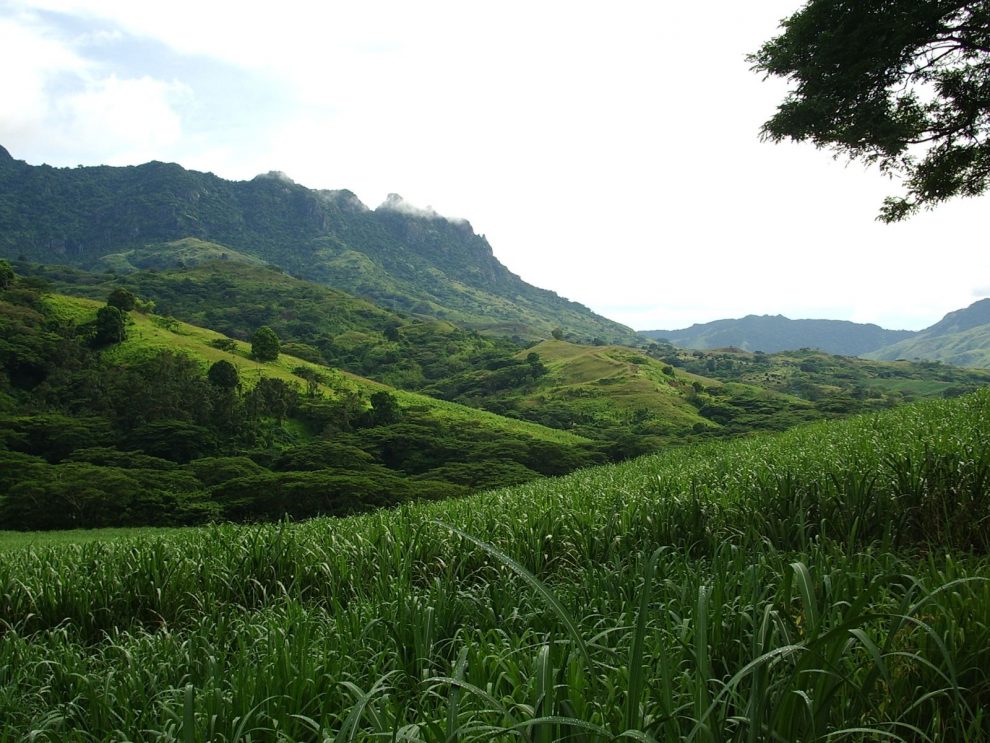 The Case for Climate Disaster Risk Insurance in Fiji

Come October, the South Pacific gears up for the annual cyclone season that usually lasts until April. The year 2020 has been very different; the global pandemic, which virtually shut down all countries from February, threw normal life out of gear. For four countries in the Pacific—Solomon Islands, Vanuatu, Fiji and Tonga—Tropical Cyclone Harold (TC Harold), a Category 5 event in April 2020 meant a ‘double whammy’. These countries, along with other small island developing states in the region, were already reeling from the economic fallout of the pandemic-induced closures and travel restrictions. After killing 27 people on board a ship off the Solomon seas, TC Harold hurtled down on Santo and northern islands in Vanuatu before moving southwards to devastate Kadavu in Fiji, and then finally creating havoc in parts of Tonga. Early assessments show losses in excess of US$600 million in these four countries, only expected to rise as more detailed analysis is completed.

For Bulou Merelita of Tavuki village, Kadavui, a small holder farmer, and many others like her, TC Harold swept away her food gardens. And six months later, she is yet to recover and relies on supplies from Suva. The precarious situations of people affected by TC Harold was further revealed during a recent mission of a UN team to Kadavu, with similar experiences being narrated by the over 50 people interviewed. While a Covid-19 vaccine may become a reality in the next few months, people in the Pacific will still have to live with the reality of climate change and exposure to natural hazards like tropical cyclones.

A literature review completed recently by the United Nations Capital Development Fund (UNCDF) covering six Pacific countries – Fiji, Papua New Guinea, Samoa, Solomon Islands, Tonga and Vanuatu – highlights the risks, exposures and vulnerabilities on specific livelihood sectors and segments of population. It also looks at the impacts of these natural hazards as well as coping mechanisms, both existing and suggested. This blog on the case in Fiji is the first in a series intended to provide a peak into the literature review report.

Fiji is ranked the 12th most hazardous country in the world by World Risk Index on the basis of high exposure to natural hazards and low coping capacity. The principal hazards are cyclones and floods according to data compiled by the Pacific Catastrophe Risk Assessment and Financing Initiative (PCRAFI) that reveals that of the 129 recorded events, 71 (55%) were tropical cyclones followed by 30 floods (23%). The country has experienced three major cyclones in less than a decade – Category 4 TC Evan in 2012, Category 5 TC Winston in 2016 and most recently TC Harold, not even mentioning a number of smaller ones. The effects of climate change are expected to increase the proportion of high-intensity cyclones besides their frequency. Floods following heavy rainfall during the monsoon season (November to April), landslides, and droughts are also other significant hazards, while earthquakes, tsunamis and volcanic activity are less frequent, but just as potentially catastrophic.

Fiji’s economy is fairly well diversified with tourism (pre Covid-19) as the main driver, and agriculture, fisheries, garments, retail and manufacturing also contributing. In addition to tourism, international remittances are a major source of foreign exchange earnings, along with sugar and textile exports. There is a high level of informal employment and subsistence activity. Given the country’s high exposure, tropical cyclones have caused extensive loss and damage to crops, trees, livestock and equipment thereby affecting key economic sectors like agriculture, fisheries and tourism. The damage to infrastructure, including roads, bridges and telecommunications, also results in disruptions to commercial activities affecting employment and businesses, including self-employment activity in micro-businesses. The impact of these natural hazards on agriculture is disproportionality felt by low-income people, as almost half of those living below the poverty line rely on farming for a large part of their incomes. The estimated production losses resulting from TC Winston to the agriculture sector was US$120 million with around US$20million as damages. Other sectors like fisheries, retail, manufacturing and services also suffered considerable damages, besides there were a total of 44 fatalities, all pointing to the impact of natural hazards on the lives and livelihoods of people in Fiji.

Several global and regional post disaster assessment studies also point to women, children and youth being disproportionately vulnerable to the effects of natural hazards and climate change—stemming from a variety of factors including societal norms, political representation, access to information, education, financial resources, land, health and economic assets. Besides being susceptible to domestic violence, women lose out on economic opportunities and there is increased incidence of subsistence activity and time allocated to domestic duties. This is the case in Fiji too. Damage to school infrastructure post TC Winston resulted in children missing education for several weeks, and in some cases rebuilding of school infrastructure took years, with long term consequences on young people. Evidence, both empirical and anecdotal, also points to youth being disadvantaged during a post-disaster situation due to lack of education opportunities, unemployment as well as lack of political voice and representation.

Besides these four, migration – including rural-urban – and community-based support are also relevant in the Pacific context.

Fiji has an existing social welfare scheme covering nearly 90,000 marginalized individuals under different categories. There is also a nascent cash transfer scheme developing; both can be channels for routing immediate post-disaster relief payments. In the aftermath of TC Winston, the Government leveraged the existing social protection system to fast track relief payments, and it also developed and implemented the “Help for Homes” to assist with the repairing and rebuilding of houses. The Fiji National Provident Fund similarly permitted members to withdraw a portion of their superannuation funds with withdrawals totalling F$275 million, although this resulted in depletion of the pension savings of its members.

Remittances – the money and goods sent by migrants back to their communities or countries of origin – are an important source of funds, both in normal times and even more so post disaster. Evidence points to large flows of remittances post disaster in many of the Pacific countries. Fiji receives substantial funds from remittances, which contribute to poverty reduction, wealth creation, social protection, and economic growth. Although there is evidence that remittances provide resources to help recipients manage economic shocks, there is a lack of information about exactly how remittances have been used for disaster relief and recovery in Fiji.

Financial Inclusion is an important contributor to development, poverty reduction, and disaster resilience worldwide. Access to appropriate and affordable financial services enables and incentivizes people to accumulate savings and smooth consumption over time, obtain loans, start businesses, receive remittances and other payments, obtain insurance, and improve overall resilience to financial shocks while reducing reliance on negative coping strategies and predatory lending. Financial inclusion in Fiji is high compared with other Pacific island countries and is comparable with other upper-middle-income countries; an estimated 77% of the adult population in Fiji are ‘banked’. The relatively high level of financial inclusion in the country contributes to building disaster resilience and is an important component of recovery efforts.

Worldwide, insurance is recognized as an important tool for managing risks associated with natural hazards, but the Pacific region is one of the least insured regions in the world. In Fiji, the majority of middle and low-income households have no insurance protection of any kind, including against natural hazard. Microinsurance products currently available in Fiji do not cover property damage arising from natural hazards and there is no form of agriculture insurance although over 50% of the economically active population is engaged in agriculture.

Given the high exposure of Fiji and the Pacific region to natural hazards, as well as the inadequacy of current coping strategies to meet increasing impacts as a result of climate change, creative disaster risk financing solutions are needed to meet the needs of hazard-exposed Pacific Islanders. To address the significant development challenge and market gaps discussed above, the United Nations Capital Development Fund (UNCDF), in partnership with the United Nations Development Programme (UNDP) and the United Nations University Institute for Environment and Human Security (UNU-EHS) hosted Munich Climate Insurance Initiative (MCII) has developed the Pacific Insurance and Climate Adaptation Programme. More details about this new programme, such as its implementation strategy, proposed financial products and other solutions under development will be highlighted in detail in the next part of this blog series.

Krishnan Narasimhan Is the Deputy Programme Manager for the Pacific Financial Inclusion Programme, which is jointly administered by UNCDF and UNDP. Jennifer Cisse is a Senior Research Manager at MCII. This blog was originally published on the UNCDF website at https://www.uncdf.org/article/6145/the-case-for-climate-disaster-risk-insurance-in-fiji.