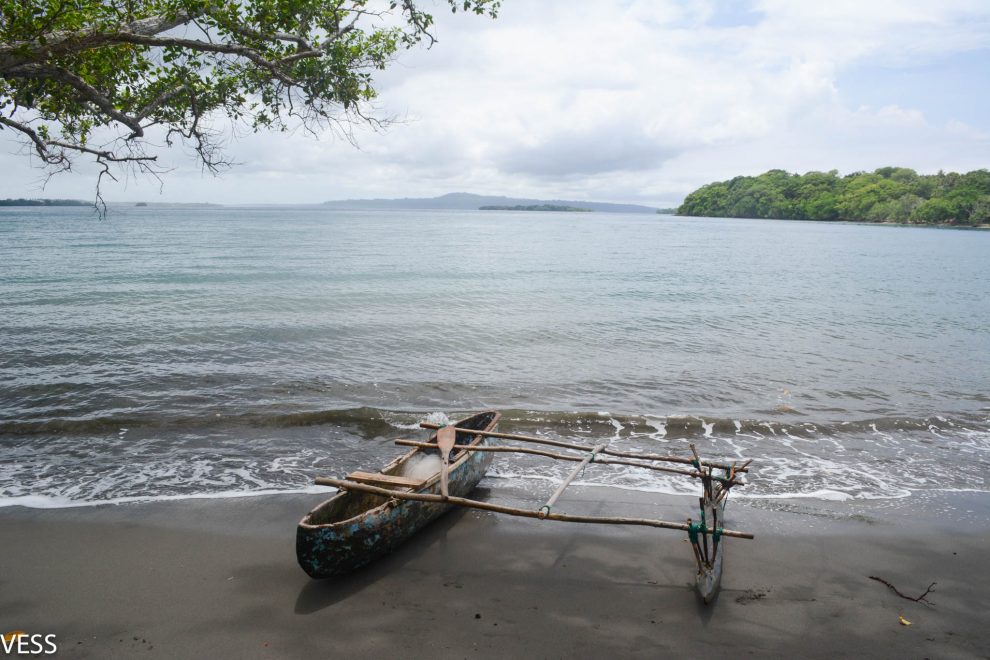 by Ajay Jagannath and Krishnan Narasimhan

In early April, Tropical Cyclone Harold (TC Harold) cut a destructive path across the Northern Islands of Vanuatu with torrential rain and sustained winds that clocked over 260km per hour on the anemometer. The cyclone decimated agriculture and caused widespread destruction to private and public property. Amongst those severely affected was Marie Estelle of Ban Ban Village in Santo. Over 60% of her Kava and Copra was destroyed as strong winds uprooted her crops and snapped trees at their trunks. Six months have passed since and she is yet to receive any relief or supplies from either the central or provincial government.

Pacific Islanders like Marie Estelle are all too familiar with such destructive events. The region is a disaster risk hotspot and is extremely vulnerable to natural hazards. Four of the top ten countries with the highest disaster risks worldwide are from the region. For four consecutive years Vanuatu has topped the list for being the world’s most disaster-prone country in an annual WorldRiskReport, followed closely by Tonga, Solomon Islands and Papua New Guinea.

But just what is it that earns Vanuatu the top spot?

Cyclones, bringing damaging winds, heavy rain, flooding, and storm surge, are the most significant natural hazard for Vanuatu. In 2015, TC Pam, the most intense cyclone in the country’s history, caused widespread damage and economic loss. The devastation was so severe that it wiped out around 64% of the country’s GDP, displaced nearly a quarter of the population, destroyed crops on a large scale, contaminated water supplies and damaged 81% of homes in affected areas.

History repeated in April 2020 when TC Harold (a Category 5 cyclone) bore down at peak intensity on the Island of Espiritu Santo and Pentecost, while the country was already suffering from a steep decline in tourists due to border restrictions imposed by the government in response to the ongoing Covid-19 pandemic. A recently concluded Post-Disaster Needs Assessment (PDNA) estimates total loss and damages associated with TC Harold and COVID-19 at around US$ 525 million, which corresponds to approximately 54% of Vanuatu’s GDP in 2020.

Although tropical cyclones are the principal hazard affecting Vanuatu, the country is also exposed to volcanoes, earthquakes, tsunamis and droughts. According to recent data, Vanuatu has experienced 18 earthquakes since 2000. The most recent non-volcanic earthquake, of magnitude 7.0, occurred in Malampa province in April 2016 and led to loss of fishing grounds and reduced sea access for fishing and coral death, but no significant damage to crops or property. Mount Yasur, an active volcano on Tanna Island continuously emits smoke, gases, lava and ash routinely affecting vegetation and displacing residents.

While the impact of such [naturally induced] disasters affects people across society, they are disproportionately higher for poorer people. Women, youth, children, the elderly, people living with disabilities, and people belonging to ethnic or religious minorities are also more severely affected by natural hazards than people who have more wealth, power, and influence. Vanuatu has high levels of informal and vulnerable employment and subsistence economic activity. Although 71% of the labor force is considered economically active, only 30% receive regular paid income. About 52% of the labor force works in subsistence agriculture or fishing, only 20% are in formal employment, and the remainder are in informal employment. They lack resources to invest in disaster-resilient housing and their employment and incomes are less secure, they have less access to social protection schemes, and usually have limited savings and almost no access to insurance or affordable credit. Like in other Pacific countries, women in Vanuatu have fewer opportunities than men to diversify their livelihoods by taking up new occupations, because of social norms, home-based responsibilities or limited education.

And yet, there are no appropriate micro and meso level climate risk insurance or disaster risk financing instruments that individuals, businesses, organizations, cooperatives, sub-national governments or others can access. The closest example of a coping mechanism for Ni-Vanuatu is the PCRAFI facility through which USD $1.9 million emergency fund was released to the government just one week after the 2015 Tropical Cyclone Pam struck Vanuatu. The government however, has acknowledged the absence of microinsurance as a key market failure and has called for research on potential designs for insurance products suitable for informal markets.

While there has been considerable progress in developing innovative welfare schemes, reducing remittance costs and furthering financial inclusion, much remains to be achieved in extending robust insurance coverage to the masses.

To address the significant development challenge and market gaps in disaster risk financing and insurance, the United Nations Capital Development Fund (UNCDF) in partnership with the United Nations Development Programme (UNDP) and the United Nations University (UNU-EHS) hosted Munich Climate Insurance Initiative (MCII) has developed the Pacific Insurance and Climate Adaptation Programme – How the programme will work to improve the financial preparedness of Ni-Vanuatu people, communities, small businesses and the government towards climate change and natural hazards will be highlighted in the next part of this blog series.

Ajay Jagannath is a Financial Inclusion Specialist for the Pacific Financial Inclusion Programme (PFIP). Krishnan Narasimhan Is the Deputy Programme Manager for PFIP. PFIP is jointly administered by the UN Capital Development Fund (UNCDF) and the United Nations Development Programme (UNDP). This blog was originally published on the UNCDF website at https://www.uncdf.org/article/6143/preparing-for-the-perfect-storm—climate-disaster-risk-insurance-in-vanuatu.